Well quite simply, Artiscado is the brain child of me.. Hanifa. Founded out of a dream that I’ve been dreaming for a while now but finally I decided enough was enough and I had to get this out into the world.

It was born out of two things.. a business idea, which may or may not come later and a general frustration of mine.

Firstly, let me talk to you about the name. Back in 2017, I travelled to New Zealand (don’t worry, I offset my carbon footprint as best as I could) and while travelling around the country, I visited the northern region of the North Island, near Cape Reinga. It was there that I was told about farmers diversifying into avocados due to change in demand, they diversified because they had to change and metaphorical something started to change within me. I realised that in such a material world, we had to change so that we didn’t lose ourselves. However, sadly at that point.. I had no idea what that change would look like or how I would bring it to life. So as you can probably guess the ‘cado’ in Artiscado is from Avocado. It also helps that I love to eat Avocados as well.

I then returned and spoke to a number of people about my ideas and thoughts and it led me to realise that change comes from within first. I had to develop my own ‘diversification’ and it had to be personal to me.

These were and are I still feel very small changes. I started with minimalism, choosing to downsize my material possessions to only ones that I really needed and ones that added value to my life rather than buying and keeping things for the sake of it. I then continued to my cosmetics and beauty products opting for cruelty free and where possible vegan products and then I changed my eating habits.. moving towards a vegetarian diet. I am not wholly plant based yet as I do eat cheese BUT I am 100% working on it. Change takes time but it’s important to embody that change that you want to achieve.

I also think as a person, I was tired. Tired of living in a way that didn’t align to what I saw as a ‘good human’. I talk about being a ‘good human’ a lot. To me, being a good human is about being honest, having integrity and being at one with yourself so that when you make decisions, you’re making decisions based on what you think and without prejudice or undue influence. I have to be honest and say that through my teens and my twenties, I struggled with all of this but as I say, change is a process and I’ve certainly actively chosen to change.

I also think being a good human means being aware of what you do both to people, the world that sustains you and the choices that you make in relation to these two things. For me, wearing make up that was tested on animals felt wholly wrong but if I’m honest, I hadn’t really thought about it until I watched a television programme about it and then thought… what the heck am I doing? I made an active choice to find new, cruelty free make up and I am glad for it. HOWEVER, it’s important to note that I wouldn’t have done this without being able to learn.

So yes, Artiscado has a number of facets but for now, it’s going to be a place to learn and develop change. The kind of change that I can be proud of. And that leads me to the ‘Artis’ in Artiscado… when you look up the definition of Artisan.. it is as follows:

“a worker in a skilled trade, especially one that involves making things by hand.”

“(of food or drink) made in a traditional or non-mechanized way using high-quality ingredients.” 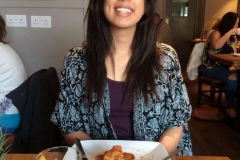 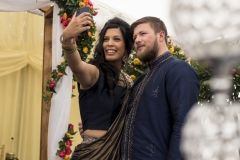 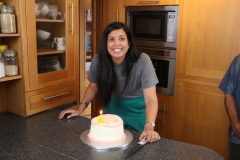 A conscious review of spending habits

It’s important to take stock of how we’re spending money – especially when there is so much uncertainty. In this post, we look at why we overspend and overindulge and how that can impact us negatively.

Reflections on 2020 and the lessons that I learned.

Enter you name and email address and we'll deliver our posts straight to your inbox!

If you like my work but we don’t live close enough for us to share a coffee, then you can send me a little digital love here. It’s always appreciated. x

Buy Me a Coffee